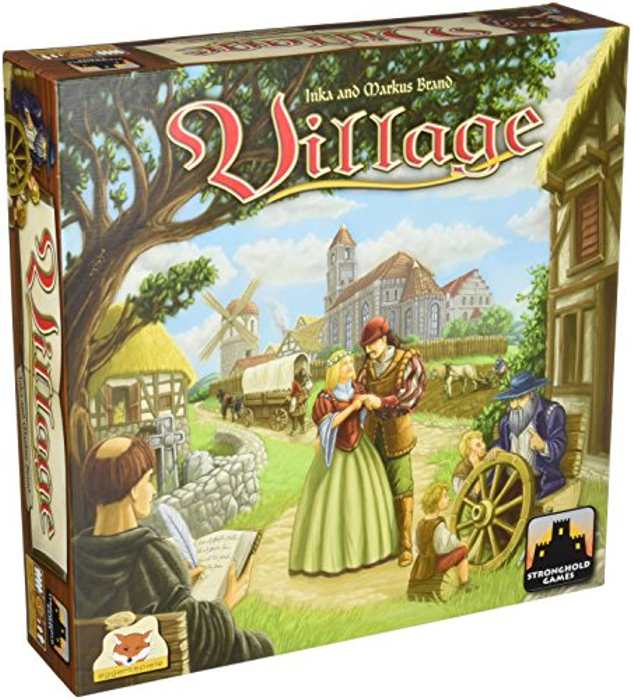 The timing is fortuitous as Three Minute Boardgames just did a review of this one.  He also mentioned there is a big box reprint coming.  I won't be needing that as I have the game plus both expansions already.

In this game you are playing as a family as they go through multiple generations in the village.  Family members may work the farm, learn a production skill, travel the world, join the church, run for mayor etc.

Points are gained through a variety of means.  By selling goods, being a high ranking member of the church, travelling the world, etc.

The hook for this game is that many actions cost time and as time passes you will end up having to choose members of the oldest generation to die.  If there is space in the town chronicle for the job they held in life they will earn you points, if there isn't they go in to a grave without points.

This creates a wonderful narrative to the game as well as interesting decisions.

It's probably NOT a good idea to try to get a first generation member to the top of the church because you would have to be VERY stingy with the time you spend to have them around at the end of the game which can hamstring you.

On the other hand you have situations where dear old Uncle Bob finally got in to the church only to immediately pass away and steal the last church chronicle entry from other longer term, more deserving, members of the priesthood.

The expansions are very good in my opinion although I consider #Village Port Expansion to be more important than #Village Inn.  It adds more to travelling which I think is fine in the base game but improves with a bit more crunch to it. I'd still always play with both.

This is a wonderful game and I'm very glad it is getting a reprint.

#Viscounts of the West Kingdom 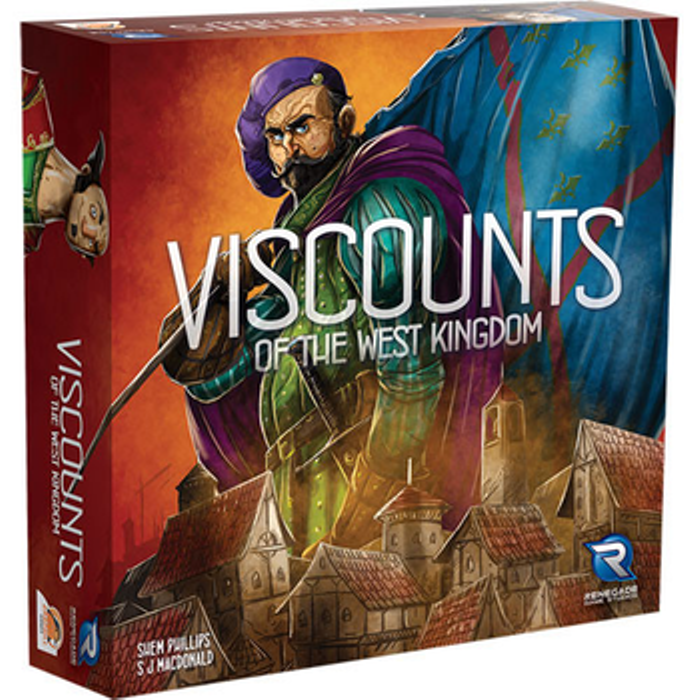 This game sees you building up a deck of characters and choosing one to play each turn.  As you play them you add them to your tableau.  Each turn the characters move to the right and then off the end so you create your own flow of skills and abilities as you play.

You have to combine this with moving your main character piece around a double ringed rondel.  There are inner and outer actions and if you play a character to your tableau showing 3 movement you MUST move 3 spaces.

It's a delicious interplay of building up a tableau of characters with, for example, a large number of merchant symbols showing, while also making sure that your player piece hits the right spot at the right time to make the most use of those symbols.

There is a large variety of ways to make points but for me the tableau/board interaction just puts this game to the top of the heap. 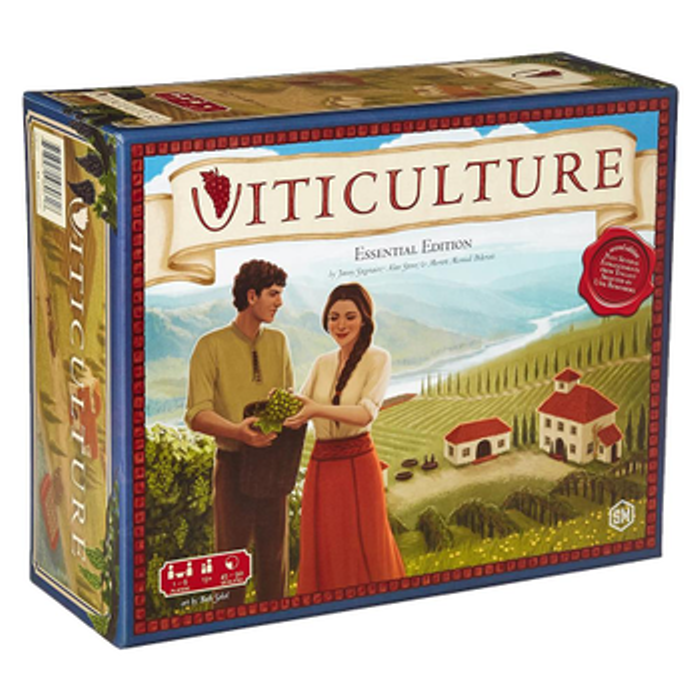 Viticulture has been around for a while now and likely most of you know something about it so I'll briefly describe it.

It's a worker placement game which has you planting fields, harvesting grapes, and making wine to fill orders.  All the while working with interesting visitors as they come in to your winery.

The interesting twist is that you have a "Grande" worker who can be put on to spots that are already taken.

I've played quite a few games with my copy and on board game arena and I will say that the base game is good but you must play with at least the board from #Tuscany: Essential Edition for this game to shine.

The base game has some luck around the orders, visitors, and other cards you can get.  It is easier to win without making any wine at all than it should be.  The Tuscany board smooths out the wine making and makes it a lot easier to mitigate bad luck.  Yes, you can still draw a dream combination of cards but it's a lot less of a guaranteed win.

Like all of the Stonemeier games the aesthetics and components are pleasing and it's a quality product through and through.

So, what are your favourite V games?

I've played 7 "V" games which includes 3 that have Village in the title LOL. In order of how much I liked them:

#Village - I think if I had to pick this is my favorite. Heard about this from you actually! I really love the theme and it integrates so well with the mechanisms.

#Village Green - Quick tableau builder that looks pretty. I only wish they used a different color other than yellow for one of the sets.

#Via Appia - Talked about on Hidden Gems (surprise surprise I know). Has an interesting coin pushing mechanic that is pretty cool.

#The Voyages of Marco Polo - Only played this one on BGA so far. In my quest to track down a copy, ended up with the sequel #Marco Polo II: In the Service of the Khan which I have yet to try.

#Viticulture: Essential Edition - Mentioned recently that we traded this to BoardGameCo. It was fine I guess? I don't think I like Stonemaier games other than #Wingspan.

#VivaJava: The Coffee Game - The Dice Game - Played once with my meetup group. Really didn't grab my attention at all and felt like it would lack replayability.

#Villagers - I should really like this game but honestly I had one really bad experience with it (more so on the players and not the game) that really soured me on it.

Glad I got you interested in Village!  It's definitely a favourite.

Yeah! It's a hit with my wife as well so doubly good!

I've only played one: #Viscounts of the West Kingdom and I agree with you that it's a solid game.  I bought it late last year so it hasn't seen much game play except for me playing solo.

I would like to play #Viticulture: Essential Edition someday.

Viticulture is on board game arena if you want to get a flavour for it.

I played #Village once and wouldn't mind playing again. I don't know if I'll pick up the big box, but I'll take a look at it for sure. It's a unique game, at least among games I've played. Haven't played #Viscounts of the West Kingdom yet but I'd like to! Here's my list:

Village is definitely different from many other games.  My brief summary skipped over elements like the skill cubes, how travel works, etc.  It makes it a very unique package in my opinion.