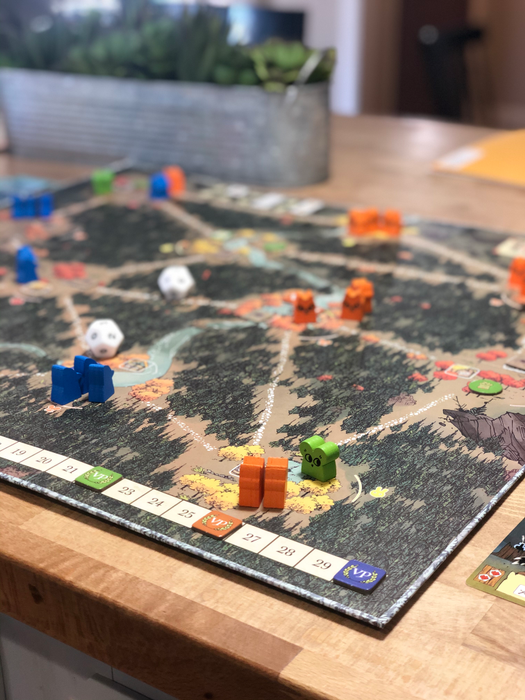 I was able to get a solo game of Root in yesterday and it was really fun.  I say it's kind of first impressions because I tried an old version once last summer.  I'm going to be using Brian's (@Skurvy5) Battery (yes I named it haha), system within my review.

I played as the Woodland Alliance against the Mechanical Marquise and Electric Eyrie.  As you can see in the photo I lost.  But it was a close game.

Overall, it was a fun experience.  I'm sure I messed some things up but I think I got it mostly right.  I did mess one thing up at the beginning and had to back track a bit but that's okay.

(+) It's not terribly hard to learn and follow the instructions on the player boards. (I will post a couple of videos that helped me below)

(+) I'm so impressed at the creation of these bots.  They work really well and I think it'll take me about 45 minutes in the future when I don't have to read the bots rules as often to get it right.

(+) It's a pretty good challenge at least against two bots

(+) I think it'd work well to add one to a 2P game and I think the bots would work well just running 1.  This is different from playing with others as I don't think a 2P game is very good.

(+) I think the PNP is enough.  No reason to spend money on the Clockwork Expansion.  I think it has a few less things but overall it does the trick.  Since you're not really playing much with the Bots boards it's fine just on cardstock.

(-) It's a different game.  Yes the rules are similar and mechanics are the same but Root relies a lot of table talk and obviously that's lacking.

(-) You can't really ever play as the Otters, Lizards, or Corvids.  This means less options for playing.

(-) I wouldn't suggest Root as a primarily solo game only if you want it to be the game it was intended to be.  It maybe could work for some.

(-) You can't convince the bots to attack each other.

Overall, really fun and I'll definitely play it again solo just to get it in when I can't with a group.  I think I may try to play as the Moles next, maybe just against one Bots.

(I'm going to post a few more pictures in the comments.

Teaching Videos.  I think he got a few things wrong but overall I found this to be extremely helpful.

A side note, this guys Youtube channel was where I learned how to play Imperial Assault.  So kudos to this guy for teaching me two of my favorite games.

Good to hear it's not too difficult to learn the bots. I've been thinking about printing those off soon, so perhaps i'll do that sooner rather than later.

The longer I have time to think about it the more I realize I enjoyed it solo.  It still shines as a multiplayer game but it is a really good solo game.  The main wish I had, if I could change one of my (-)’s it would be to make it possible to play with the Riverfolk, Lizard Cult, and Corvids.

Sometimes it takes a bit for an experience to sink in. I've had similar experiences, where I enjoyed it, but the more I thought about it the more I liked it and wanted to play again. I think that's a good sign in a game!

I love it when games do that. That is what #Spirit Island has done more and more wet each play.

Thought I'd also share a few links (one that I found indirectly from a reply from @philryuh).

These are Bots (I'm not sure if they play exactly like the Clockwork, but they include Riverfolk and Lizards) Bots For The First 6 Factions

After playing this, how do you feel about the prospect of playing against them with your daughter? Also, is there a lot of printing involved to play the bots?

2v1 with WA sounds challenging! I could also see how the Bots could potentially feed you with supporters again and again. Do the Bots tend to move one warrior at a time or are they able to mix things up well and move as a sizable army from time to time and present a greater threat?

I just realized I didn't answer one of your questions.  There is a bit of printing but that also depends on how much you feel you need.  I only printed the rule book (on just regular paper) and the player boards (on cardstock).  I didn't feel the need to print the challenge levels and special abilities.  I figured if I wanted to use one for the game I was playing I could just look it up online.  So I think my whole thing was 6 regular sheets of paper and 4 sheets of cardstock.

Oh I will definitely play with a Bot with my daughter.  A few times at first as a team to teach her some other factions and then Daddy v Daughter v Bot

It's interesting, you can get a decent amount of cards during the Bot game but sometimes it's slow and sometimes you get a bunch at once.  The movement is different for each Faction.

So on the Marquise turn you draw a card, if it's a fox card then you follow the prompts all within fox clearings.  The basics are recruit, battle, build, move.  If you can't build you flip another card and start over again.  There were a few times that the cats had about 3 kind of half turns before they could build.

The Eyrie move differently.  Basically they do everything for each suit in the decree.  So they have a series of things they do in fox clearings if they have a fox, so on and so forth.  They move based on where there is an empty spot for a roost, and they move all warriors leaving behind enough to remain in control of where they are moving from.  There is a little tweak to this that takes some thought from the person running them but I won't try to explain it here.

All that said, there are a lot of warriors out on the board.  I think this had to do a large part with me playing the WA.  At one point I couldn't even recruit Marquise because I had no warriors left.

Huh, does the game have a solo included or is this something added on later?

So there is a solo PNP you can download.  There is also an official expansion from Leder Games that I think will run about $15-20 once it hits retail.  There is one Bot included with the #Root: The Riverfolk Expansion.

Is the Bot in the Riverfolk expansion based on one of the factions?

Also, I'd be down to pay $15-20 for that (are you talking about the Clockwork Expansion?)

I am now more intrigued than ever....

Some really good insight here! I totally agree with the sentiment that you should not buy this as a solely solo game, the game shines with 3+ from what I understand!

I’d love to pick up Root but as you mention it’s not quite the same solo. My game group meets so sporadically that I can’t really justify picking up Root.. or can I? I don’t know.

My hope is that I get to play it with my gaming group 4 times this year.  Which doesn't seem like many.  But if I teach my kids and play solo I think I'll get what I want.  Especially if we jump in on TTS at some point.  For me, it's my favorite game.  And even though Solo is different I think I'll play solo again today.  So I say yes.  I mean you got giveaways coming out the ears.  Haha.  What do you have to lose?

This sounds about like my experience with the RAIV cards for Imperial Assault. It’s fun because you get more Imperial Assault but it’s not as great because it doesn’t quite feel the same.

Yeah, I think I remember playing with the RAIV cards a couple of times.  It was pretty good, but I definitely forgot about a lot of stuff I was supposed to be doing.  Overall it was fun.  Mostly it was fun because I actually got to play as the Rebels.  I'm always the Empire in my gaming group.  Which I really enjoy.  But it was nice to get a change of pace.  I basically dropped RAIV when the app was released.  Although as you know I haven't had the chance to play it often enough.

I love it! Brian’s Battery.

I was thinking about the system and thinking about, where do I see (+) and (-).  Having 4 kids and a million toys it dawned on me that I'm changing out batteries all the time and that's where I see those symbols the most. 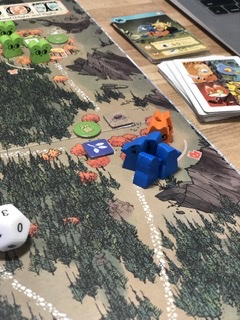 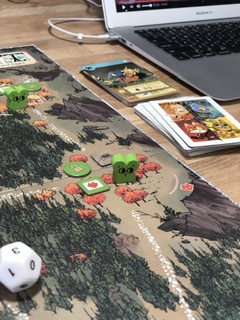