The Real Reason Root Won So Many Awards 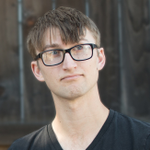 Review
Root is one of the most loved games that have been released recently and got a ton of praise last year. It's one of my favorite games now and there are many ......

Another thing that is so awesome about this game is how thematic the mechanisms for each faction are.  I don't mean the Woodland theme... but rather how they work and how they interact.

The Marquise are in charge and just want to build up infrastructure to ensure they remain in charge.

The leaders of the Eyrie are making promises but if they can't keep their promises they are overthrown.  The Birds are not happy with losing the forest to the cats and so if you can't do what you promised your outed.

As the Woodland Alliance when you've spread sympathy factions need to give you a card to get into your space because the animals suited to that clearing are unhappy with the current state of affairs.  In you infringe on their space they are going to grow in their distaste for you.

The Otters play with that open hand, they want you to see what they've got and they require a lot of talking and marketing.

The Lizards take advantage of discarded cards, which act as groups of animals in the game that feel discarded by the other factions.  This feeling of being discarded translates into a desire to turn to religion because the secular society has thrown them away.

The Vagabond is just doing his own thing.  He's above who runs the forrest as long as he can live his life.  Whoever is in charge is just fine by him.

Obviously I haven't played Root: The Underworld Expansion yet.  The base game is fun, but I love the factions from Root: The Riverfolk Expansion.  I don't think I'd play now without one of them in play.

Man! I need to play Root! It seems like it would to tough to teach since everyone does something different

Fortunately the included walkthrough is very good. It teaches you over 2 turns every core concept, and then you can do what you want.

Yeah I think the walkthrough is so helpful.  I think the person teaching just has to know the factions really well.

I think if the person teaching really knows the game and is willing to take the time to explain the other factions, but especially how to work against them then it's a great game.  I still say it's not as hard of a teach as it seems at first.  I think it takes about 30 minutes which is the same for Scythe.

It would make it hard to get to the table but still,  I’ve only ever heard good things for Root.