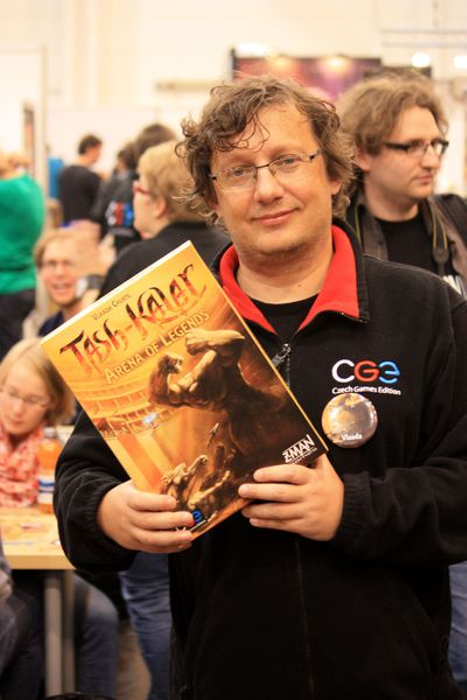 Vladimír Chvátil (born 1971), often known professionally as Vlaada Chvátil, is a Czech board game designer and video game designer. He became a recognizable name in the board game community following the publication of Through the Ages: A Story of Civilization in 2006 and thereafter his designs frequently made the top 100 list on BoardGameGeek. In 2016, he won the coveted award "Spiel des Jahres" (Game of the Year) in Germany for Codenames.

His most notable video game project was a real-time strategy Original War. He later worked on the role-playing video game Vision that has never been finished. In 2006, he left Altar and started to focus on board games. In 2010 he worked on Family Farm, a game that was developed by Hammerware.