These are the board games with the Environmental category.

I am happy to announce a SUSTAINABILITY themed KICKSTARTER campaign, attempting to gather enoug

by mrgarguilo@yahoo.com | updated 3 months ago

1 | 2 comments | [+]
I am happy to announce a SUSTAINABILITY themed KICKSTARTER campaign, attempting to gather enough interest and backing for the first official physical printing of the card game CHOOSE A BETTER TOMORROW.
www.kickstarter.com/projects/spookandy/choose-a-better-tomorrow-card-game-book 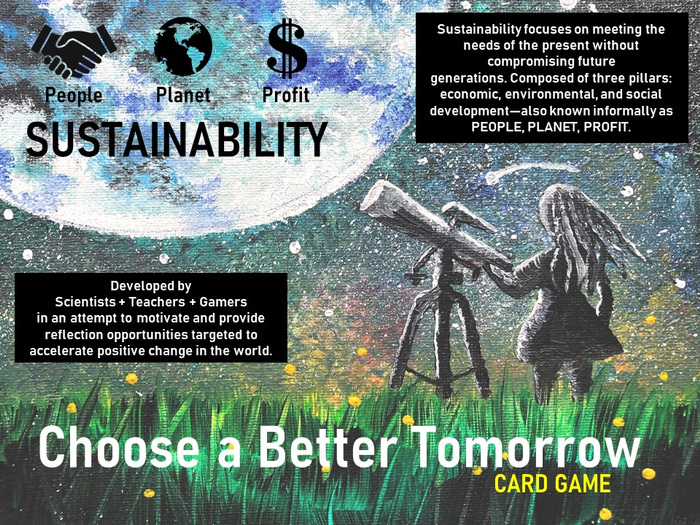 SUSTAINABILITY
PEOPLE
Social Equity: Social variables dealing with community, education, equity, social resources, health, well-being, and quality of life.
PLANET
Environmental Stewardship: Environmental variables relating to natural resources, water and air quality, energy conservation, and land use
PROFIT
Economic Prosperity: Economic variables dealing with the bottom line and cash flow
The game took my family over 6 years to develop. What started as a science lesson has grown into a fun and engaging, life reflecting, educational card game. We hope to make positive changes on the world through gaming.
It is being released in a DIGITAL and PHYSICAL format to meet the needs/wants of everyone.
The Game is being paired with our short story collection book "Creating Creativity". (available in physical and digital format) 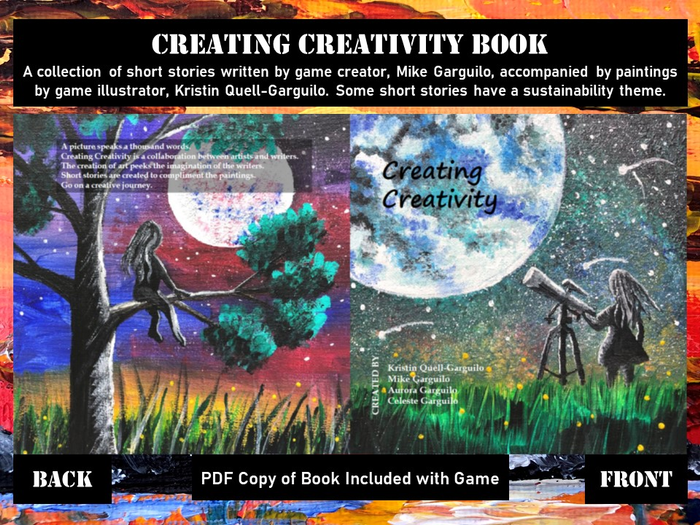 Visit KICKSTARTER to back the project and spread the message of SUSTAINABILITY.  Thank you in advance for "caring".
www.kickstarter.com/projects/spookandy/choose-a-better-tomorrow-card-game-book
"UNLESS someone like you cares a whole awful lot,
nothing is going to get better.
It's not." -Lorax 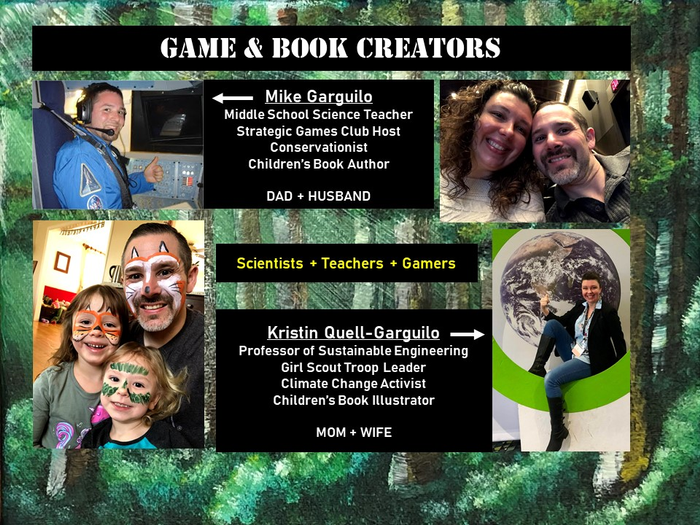 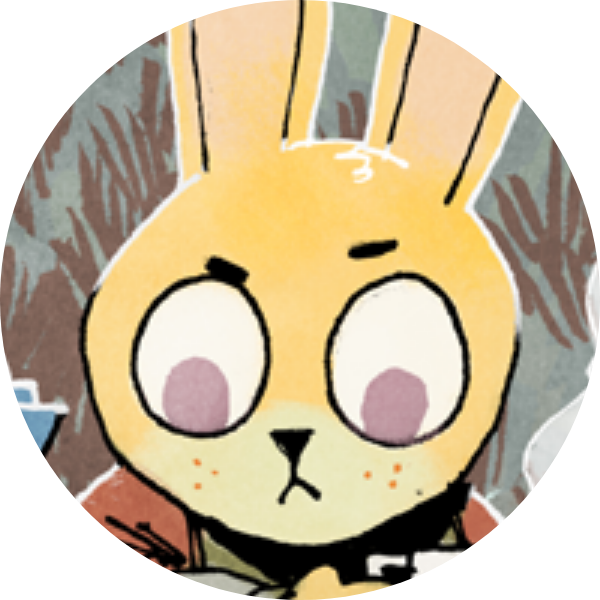 The Top 5 Things I Consider Before Making A Purchase

So there are a lot of things that I consider before I purchase a game, but here are my top 5. Also

by slapsgiving14 | updated 4 months ago

So there are a lot of things that I consider before I purchase a game, but here are my top 5.  Also, I won't rank them because they are fluid based on the game, sometimes one may be more important than another.

Mechancis - Does the game include mechanics that aren't present in a game I already own?  Does it have a new take on a mechanic I love?  Do I even have in interest in most of the mechanincs?

Theme - Is it a theme I'm really attracted to (a few examples are, Star Wars, the Wild West, Cyberpunk, etc)?  Is it a theme I don't care about at all (I don't really care for Real Estate or Environmental themes for instance.

Player Count - As I've noted before, I have almost no use for 2P only games.  I actually prefer 5+ Player games as I tend to have 4, 5, or 6 people at my game nights.  Also, I have a few 4P games so those already come out when I have 4 or less so I try to focus on "the more the merrier".

Player Interaction - Is it basically multiplayer solitaire?  No way am I getting it.  I don't mind if it's lighter on the player interaction, but typically the more the better.  It's why I like #Scythe (but wish there was more combat) and one of the reasons #Root is my favorite game.

Components - Are the components high quality with art I love, or are they lacking.  Something like #The Expanse is totally out for me even though I love the IP because I hate hate hate screen shots.

Honorable Mentions - Price, Replayability (though I don't usually ever have an issue with this), Solo Mode

What about you, what's most important when you are thinking about buying a new game?

CloudAge - How To Play and Official Rulebook Released

CloudAge is a new strategy game coming from Alexandar Pfister , the designer of the highly a 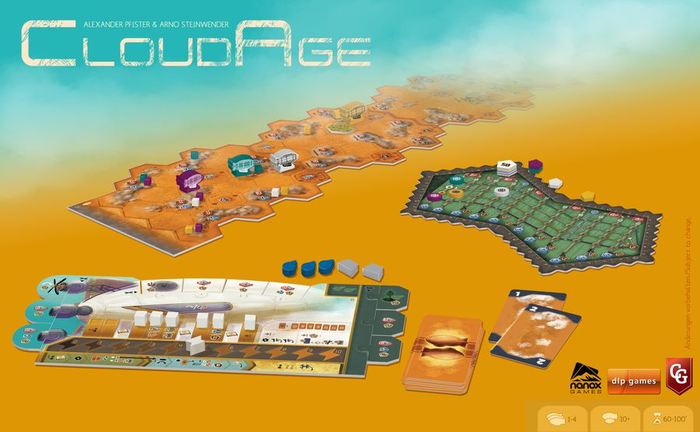 CloudAge is a new strategy game coming from Alexandar Pfister, the designer of the highly acclaimed Great Western Trail, Maracaibo, and more. You can check out this previous post for more info or visit the game page, but here's a quick recap for convenience:

There's been very limited info on the game for a while, but the publishers have recently released the official rulebook and a YouTube video showing off what the game's about.

I'm not a big fan of the overall aesthetics, to be honest. But, I'm going to remain optimistic and look forward to all of the unique mechanics the game has to offer. After all, I've been eager to try out a game by Alexander and have been unable to make the call between Great Western Trail and Maracaibo.

I've pre-ordered CloudAge and it's expected to arrive late November or early December. So if you're hesitant and want a better grasp on the gameplay, make sure to subscribe to our YouTube channel for future updates! 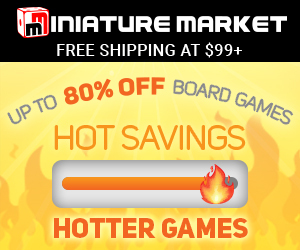