These are the board games with the Card Game category.

Five reason to fall in love with the surprisingly simple and fun Epic Card Game....

by NaughtRobot | updated 2 months ago

Looking for a light and fun family game that plays quickly? Check out our review of Karuba: The Card

1 | 0 comments | [+]
Looking for a light and fun family game that plays quickly? Check out our review of Karuba: The Card Game !...
See Comments
See All

Few games this week solo and with the gang online:

Lots of different games played last week!  Might be a review or two in the works!

Thought you were quoting T-bird’s last words from the 94’ Crow movie with that subject line (I was sadly mistaken).

My earliest gaming memories are the following:

I was in third grade when a schoolmate brought in his #Magic: The Gathering cards. After lunch we would play and that was enough for me to get hooked. Funny thing is his family moved after the summer and I never saw him again. I am still waiting for the Goosebumps book I let him borrow…

My late uncle whom came to live with us after a messy divorce would occasionally play #Monopoly with his son and myself. He played fast and loose with the rules as I think a majority of people do. Honestly, the most memorable parts of these games were when anyone would land on a space he would proclaim loudly “pay me !@#$% (<- technical name for a female dog)” in Portuguese. In retrospect, he was heavily intoxicated during those plays. Good times.

As far as a watershed moment, I‘ve had a few…

I’ve played 3 CCG/TCG’s fairly competitively (#Magic: The Gathering, #Vs. System, and #Dragon Ball Z CCG). That was a lot of storage boxes and a heap of cards. I don’t want to think about how much coin I’ve dropped. I do wish I could have held onto my magic cards as some would be worth a ton more now.

When I got back into gaming (insert a paraphrased Godfather 3 quote here), it was mainly through card games that played like CCG’s/TCG’s. As I started getting into euro games I started running out of space to store things and had to look for storage places. My trip to Ikea to purchase a 5x5 kallax made me realize I’m too far in.

To quote T-bird, “There ain't no coming back”.

To answer your questions:

1. I don't have a single friend who brought me into the hobby.  I've always been a big board/card gamer throughout my entire life.  Pandemic was the first hobby game that really captured my attention though that games could be more than just Risk/Monolopy/Clue.

2. I bought a 3D printer for Christmas just so I can print board game components.

Lots of games played in the last week due to new games for Christmas and having the family around and willing to play a few:

Action packed week!  I think Marvel Champions is the biggest hit for me so far this year. :)

I've still not played the original, though I'd love to. If it gets good reviews, the card game might be a cheaper way to initially check it out!

Last week, I played #Pandemic - properly this time. We did fairly well. I thought my randomly chosen role was going to totally useless, but it ended up being a really great combo with my friends' roles! I was really surprised at that outcome.

I also played #Horrified for the first time! We played it wrong the first time though. Oops. But we replayed it with the correct rules, and I definitely enjoyed both times! My friends did too, so it was a good casual co-op.

Also, a given at this point, since I play it just about every week, but #Arkham Horror: The Card Game.

Little late getting around to posting this week, but I played quite a bit last week.

Finally got in our copy of#Wingspan: Oceania Expansion and Sarah immediately wanted to try it out. We played with just the cards from that and the#Wingspan: European Expansion and she kicked my butt getting a new personal high score for herself.

New Year's Eve we were able to go to my cousins and introduce them to a lot of games. We played#Strike,#Detective Club, and#Camel Up (Second Edition), which I brought. They also had been gifted #Ticket To Ride last year (shockingly not by me lol) for Christmas and had been super intimidated to open it and try it out. Maybe cause the "experts" were around, they finally decided to play. It was also my first game of TTR so I was tasked with learning the rules and teaching it lol. It was actually a whole lot of fun and hope we get to play it again with them sometime.

On New Year's Day, we originally had planned to spend time playing games with friends but that unfortunately didn't happen. Fortunately, Sarah was up for more games anyway so we tried out#Arkham Horror: The Card Game. Sorry to say and admit to@kcvib, we didn't like it. I think we'll have to give it one more try before we totally give up on it but it probably isn't for us.

We also tried#Terraforming Mars with our newly acquired#Terraforming Mars: Hellas & Elysium map. We played the Elysium side and while it didn't really feel any different, it did take some getting used to the new milestones and awards. I liked the change up for sure.

Over the weekend, I was also able to teach Sarah#Underwater Cities. She absolutely loved it which is really awesome! Can't wait to play it more together.

Wrapped up the week again with my cousins. Played#Wingspan with them because they felt bad we didn't get to try out our favorite game NYE. Took a bit for them to catch on, but once everything started clicking, they really enjoyed the experience!

Slay the Spire Board Game: from the Screen to the Table | Comment

I love the video game!

I don't know if a 1 to 1 recreation would be a great idea though.  I could see it being a bit slow and bogged down.

I mean, the video game is more or less a digital card game but when the computer is handling most of the tricky stuff in the background it is going to be a different experience than if you are doing it yourself.  I am definitely not sure how co-op will work in to it.

Like you said, I'll reserve judgement until I see more info.

If this works then I expect Guild of Dungeoneering and Dicey Dungeons to be next.  :)

Played some #Wingspan with my friend. I also got to try #Pandemic for the first time! Unfortunately, my friend who taught us found out the next day that she forgot something in the rules so we actually ended up playing it wrong. I'm excited to try again!

We wrapped up our old fanmade campaign. This last scenario was the most well-balanced of them all. We didn't get the best ending but it is what it is. (:
We started a new fanmade campaign for #Arkham Horror: The Card Game. This one starts with us all as amnesiacs on an old creepy culty(?) spaceship. And so far, I've been enjoying it! We are playing again tomorrow and am excited for it as well.

Games that I got for my son, for Christmas this year. We haven't played any of them, yet. One of them I stumbled across at a local Ollie's, but the other five I purchased from a local friendly board game shop (Boardwalk's in Greenville, South Carolina).

I also purchased another ten board and card games from various online sites, for other individuals. 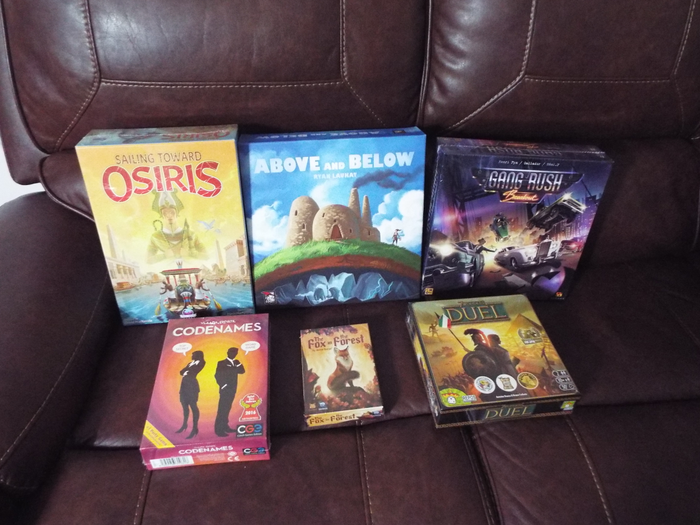 I got to play #Arkham Horror: The Card Game a couple of times and #Robinson Crusoe: Adventures on the Cursed Island 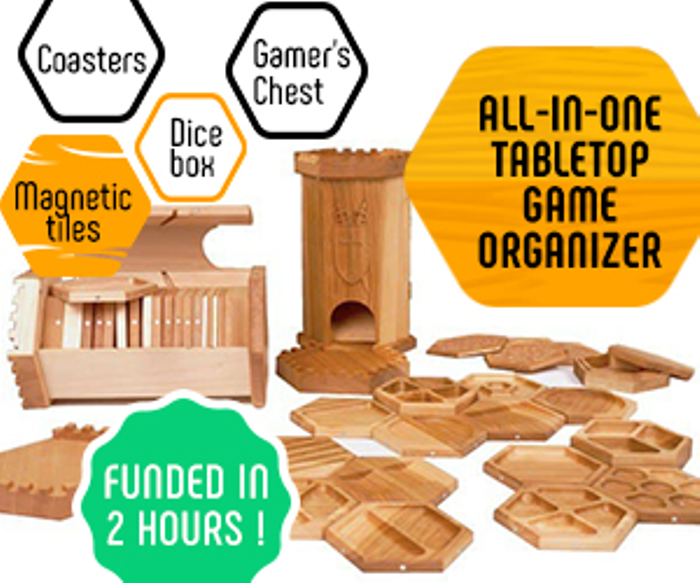