These are the board games with the Trivia category.

1 | 1 comment | [+]
Smart 10 trivia game from Bananagrams is a pass and play take on the genre and includes a mix of multiple choice, true/false and other trivia....
See Comments

ReviewYou Must Be An Idiot Trivia Game Overview

Score a copy of You Must Be An Idiot! by R&R Games to prove you can win even when you don't know the

1 | 0 comments | [+]
Sometimes you know the trivia answers and sometimes you don't. Score a copy of You Must Be An Idiot! by R&R Games to prove you can win even when you don't know the answer....
See Comments 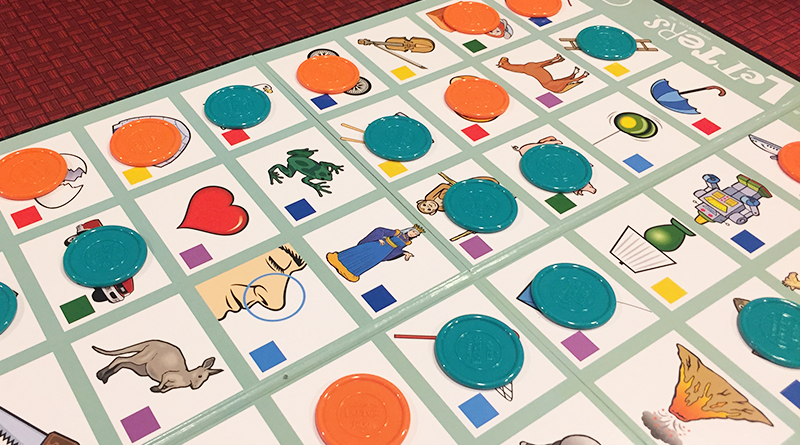 by trentellingsen | updated 57 days ago

0 | 0 comments | [+]
Want to win a fun kids game for your family? Check out our reviews of Sequence Letters and Kids Know Best then enter to win a copy for your family....
See Comments

by BGAForumBot | updated 57 days ago

I'll agree with the aforementioned posts discussing theme and length.

My wife likes games, but it can be difficult to get her to play with me even half as often as I would like. That said, some of her favorites are Terraforming Mars and Twice as Clever. These are games she feels works her brain while she plays. Learning can be a struggle (mostly just focusing haha) but once she gets them she likes them. With this in mind, I'd recommend finding some benefit your wife can appreciate, whether it's learning, exercising the brain, exploring a theme she's into, or something along those lines.

Start small and simple. Short and easy-to-learn games can provide a taste of the "larger" world and still be accessible. Milk before meat.

Does she like Monopoly? If so, play Monopoly. My wife LOVES Payday (I have no idea as to why haha) but I'll bring it out for her on occasion, despite my desire to play something with even a little more depth. She enjoys it, and I still have fun with her. And, she's more likely to say "yes" to one of my game choices later on :)

Theme can be huge, but it can also be tough to narrow down. I love Star Wars, so I'm always game to play something Star Wars themed. It's a bit more difficult to find a solid theme my wife likes. Patchwork is fun for her, but that's because it's a good game, not necessarily due to the theme. Likewise, she enjoys Tasty Humans, which also involves polyomino shapes. Hmm...perhaps that's what she's into? I gotta try Brikks with her as a test...

Anyway, my wife isn't scared of long games (she does love Terraforming Mars, after all), but time can still be an issue. Shorter games (i..e under an hour) are more apt to be played than games an hour or longer. There's also the tired factor (end of a busy day is a nope for games). Gotta keep her mental health in mind. For me, games help with my mental state, but because all people work differently, that's not going to be the same for everyone--including my wife.

If I knew your wife better I could possibly suggest a few games she might be interested in. For now, here are some too think about from various categories:

Sunset Over Water: Very beautiful game with solid mechanics. It's the art that took me into it in the first place, but the gameplay kept me there.

Takenoko: Simple game mechanics with an eye-catching board. It looks great, and the bamboo towers look fantastic and really add to the aesthetics.

Tokaido: A very chill game with a focus on having the most fulfilling/enriching journey. Can be competitive in nature, but I love this one as something to relax to.

Carcassonne: Easy to learn. You can even do without the Farmers if that's too much.

King of Tokyo: Another easy one to learn, but with the competitive elements, it can be great. It's better with 3+ players, but still workable with two.

ROLL for your Life, Candyman!: This one is fast and super easy to learn. It's a luck-based dice chucker, but with the Christmas-y theme, it can be easier to bust out during this time of the year.

Latice: Latice has a Christmas-themed board, which plays exactly the same as the others. It's an abstract game, but is still good for slowly reeling her in.

Santorini: Fantastic 2-player game with lots to think about. Using the God Power cards is optional, so if those make it too much, then just leave them out and it's still a great game.

Element: A great game with 2 players, but also plays well with more. Not too thematic and definitely an abstract, Element gives you chess-like decisions with a much more accessible game.

Castle Panic: Castle Panic is fun and easy to learn, and while the team of players must work together, there is still a "single winner" at the end.

Forbidden Island: A true cooperative game in which players must work together. As with all co-ops, be sure to let the other players take their turns without you or anyone else dictating what they should do. That's just not fun. Plus, with Forbidden Island, you can make the board into whatever you want. My wife and I had countless hours making some super tough and interesting layouts for our games.

Legendary: A Marvel Deck Building Game: Great for Marvel fan, whether in comics or movies--or both. Like Castle Panic, there is one ultimate winner, but players must still work together. Also a great solo variant :)

Survive! Escape from Atlantis: If your wife is a competitive player, play this. It's cutthroat and chaotic (in a good way) and so much fun. If she's not...this probably isn't too great. But we love it :)

Twice as Clever/That's Pretty Clever: These two games are the "classics" of the new roll-and-write boom in the genre. Mathy, but still accessible.

Cartographers: A solid flip-and-write game in which players draw maps according to a common card drawn at the start of each round. It brings out the creative side, and also makes you think things through a bit. Very good game.

Brikks: If she likes Tetris, this is the game for her.

Cosmic Factory: A real-time game in which players draft tiles and then create a galaxy. Fast, fun, and simple enough to learn.

Crokinole: Expensive, but so good. The classic dexterity game of tabletop curling (more or less). Fantastic game. Also, created in Canada, so there's some fun trivia for you!

Doodle Quest: Looks like a kids game (and it is), but is still great for adults. Use your memory to complete quests using dry erase markers on an overlay. You'll have to look it up for more details, but it's a good, simple game that anyone can play. 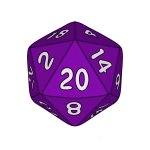 Top Board Games to Play Over Zoom - Part 2 | Comment

They are older games, but The Game of Scattergories &  #Word on the Street would work. Also #Blurt! and many other trivia games

Top Board Games to Play Over Zoom - Part 2 | Comment

I forgot about Trivia games! I didn't see them mentioned very often, but they're definitely great candidates. And if anything, I know jackbox.tv has been a great option for many people out there. It has a bunch of fun mini games that are usually trivia or drawing related. I have one of the party packs on my nintendo switch and have had successes playing in person with friends. Haven't tried remote yet but that's in the works!

I played Fireball Island with my daughter yesterday.  I also played a trivia game called Bezzerwizzer.

I was exposed to the hobby world of tabletop gaming nearly six years ago when I attended PAX South.  I had attended PAX primarily as a video game enthusiast, but I always had an interest in board gaming.  I liked playing party games and trivia games and all the big commercial games like Risk, Stratego, Monopoly, and Scotland Yard. However, before PAX, I never knew such a vast world of hobby and designer games existed.  One of the first games I bought, and blindly I might add, was #Ticket To Ride. It was seemingly universally praised by all as a fantastic "gateway game".
Yuck.  I found the game to be extremely luck-based, and part of the game's "strategy" seems to be having to throw away turns (and victory) by being the only player willing to block an opponent's obvious monster route.  Perhaps, the game could be better with the right players, but even so- I felt the game to be dull.  I think I'd much rather have a ro-sham-bo tournament...WAY more exciting, and nearly the same amount of luck required for victory.

Games you don't want to get too good at? | Comment

No one will play Star Wars Trivia with me ; ;

Seems like a fun game. I think with trivia based games, I'm a little put off by the lack of replayability. Of course, everytime my family plays one of the Jackbox Party Pack trivia games, my brother knows all the answers anyway lol

I tend to agree. Not only can trivia games wear out their welcome, it is difficult to play with players from different generations (especially kids). The person with the most life experience always has an advantage!

Wits and Wagers is my kind of party trivia game. Lots of fun and you don’t look dumb for not knowing answers.

I was looking at the Kickstarter page for More Than You Know: The Last Trivia Game You'll Ever Need! It says that funding was canceled on December 25th by the creator.

I found that I was very excited to touch and interact with the different components any time I could in Wingspan. Thoroughly was impressed with it. The journal was cool, the eggs I wanted to eat, the dice were nice and chunky. A great experience that was just magnified by the history and facts behind the game. It was fun being able to see how big or small birds were, what kind of nest they had, even some of the end game scoring cards had some fun trivia on them. 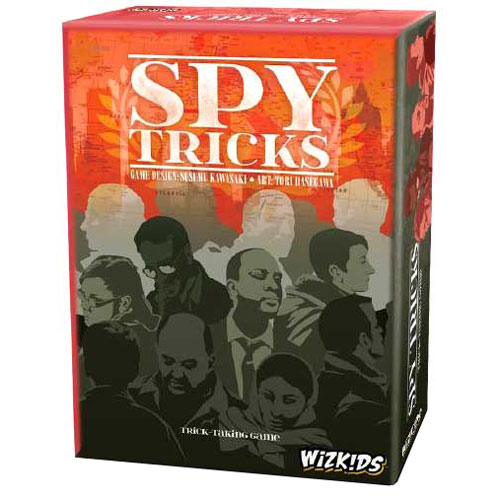 On Sale for $19.99 $13.50! Miniature Market has great customer service and free shipping with orders of just $99!
Visit
Giveaways